Windows Server 2008 R2 enhanced the active directory and include the administrative interface where the system administrator can manage domains, sites, services, user roles etc. administrative interface placed on the top of PowerShell and user can alter its action by scripts. Managing the remote server is one of the key tasks for System Administrators. With the support of Windows Server 2008 R2, user can manage the server remotely regardless of the fact that it is on the local network on outside of the local network. It utilizes the PowerShell 2.0 technology which had the capacity to run the scripts remotely. Furthermore, PowerShell 2.0 got the User interface which is used for writing & debugging of PowerShell 2.0 scripts. Also, PowerShell 2.0 is fully compatible with PowerShell 1.0.

Windows Server 2008 R2 now support live migration of web-based application by using the Hyper-V with the guarantee of zero downtime. A new Hyper-V had been shipped with that version fo Windows server, which had the capacity of handling 32 cores per VM. Remote desktop services had been rebrand which includes multiple screens, Aero theme interface etc. Another exciting feature is the core parking which saves the power of the system by the turning of free cores. Offcourse these core can be loaded again into the system when there is high workload. It can easily utilize the 256 cores as compared to the previous version where a 64-core limit is fixed. In the previous edition of the server, .Net supported was not added, however, Windows Server 2008 R2 fixes that bug and now PowerShell & ASP.NET applications run without any error. 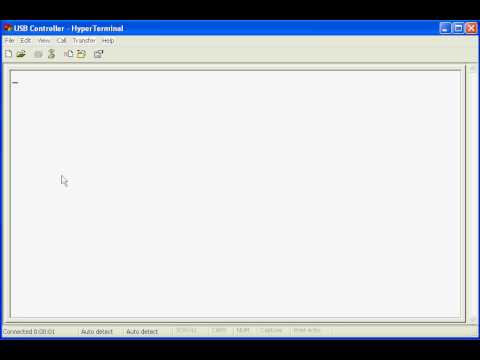 Without going into the gory details, we still need to transfer some text files over a leased line circuit using 2 MultiTech MT9234ZBA modems in leased line mode. This is essentially just an extended serial connection from COM1 to a piece of equipment on the other end that receives the text file character by character. The is no flow control, error checking or compression, the device at the other end is not capable of any of these functions. It is also not capable of running any client for a client/server transfer.
We have used HyperTerminal on Server 2003 using its 'Transfer' > 'send a Text File' option with good success.
The server on which this circuit is configured is being rebuilt to Server 2008 & Windows Server 2008 doesn't include HyperTerminal. I see numerous mentions of a free version of HyperTerminal for Vista, but the only version I see on Hilgraeve's site is HyperTerminal Private edition which is $60.
We already own Reflection, so don't need to purchase another communications program, we just need the very simple ability to transfer a text file at 1200 baud with NO protocol, compression or error checking.
Do any of you know if there is a free version of HyperTerminal that's compatible with Server 2008?
~Dave